China Beach is the name of an American award-winning and highly acclaimed dramatic television series set at an evacuation hospital during the Vietnam War. The title refers to a beach in Vietnam. The ABC TV drama aired for three years (four TV seasons), from 1988 to 1991.

Created by William Broyles, Jr. and John Sacret Young, the series looks at the Vietnam War from a unique perspective: that of the women, military and civilian, who were present during the conflict. John Wells took over most of the series beginning with the second season — many of the show’s cast members would appear later on the Wells-produced series, ER. 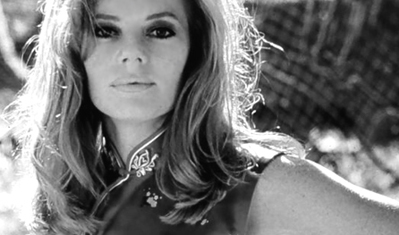 Set in a Vietnam locale called China Beach, at the 510th Evacuation Hospital and R&R (the “Five-and-Dime” Rest & Recreation) facility, the cast of characters includes US Army doctors and nurses, officers, soldiers, Red Cross volunteers, and civilian personnel (American, French, and Vietnamese). Very often, however, the series features the experiences of the characters when returning to the U.S., either on leave or at the end of their tour of duty.

The show did not shy away from showing the gruesomeness of war, providing a very gritty view of the experience there.

The producers of the show sought out advice from former Army nurses stationed in Vietnam, notably Diane Carlson Evans.

Unusual story-telling methods were sometimes used: scenes presented in reverse chronology; insertion of animated cartoons to express a character’s state of mind; alternating between interviews with former military nurses and scripted scenes; and a visit by the cast to the Vietnam Veterans Memorial Wall in Washington, D.C.

China Beach was a critically lauded but poorly rated series. ABC stuck with the show for four seasons, but the final season was put on hiatus in fall 1990 and did not air its finale until July 22, 1991. As a result of the strange scheduling, Dana Delany was eligible for (and ultimately won) a Best Actress Emmy in the fall of 1992, a year after the series broadcast its final episode and over a year-and-a-half after many of the scenes were filmed.http://en.wikipedia.org/wiki/