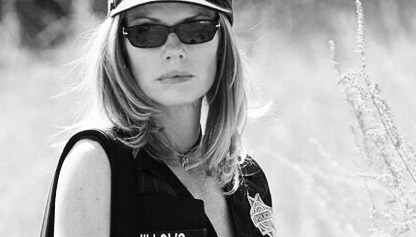 Crime Scene Investigation is a long-running American crime drama that trails the investigations of a team of Las Vegas forensic scientists as they unravel the circumstances behind mysterious and unusual deaths and other crimes. The show was created by Anthony E. Zuiker and is filmed primarily on the Universal Studios at Universal City, California. The pilot episode was first broadcast on October 6, 2000.

CSI is produced by Jerry Bruckheimer Television and CBS Productions, which became CBS Paramount Television in the fall of 2006. Formerly a co-production with the now-defunct Alliance Atlantis Communications, that company’s interest in the series is now owned by investment firm GS Capital Partners, an affiliate of Goldman Sachs.[1] CBS Paramount acquired AAC’s international distribution rights to the program.

The show was heavily criticized almost from its debut by police and district attorneys, who felt CSI showed an inaccurate perception of how police solve crimes, by the Parents Television Council, who noted the level and gratuitousness of graphic violence, images, and sexual content seen on the show. Nevertheless, CSI became the most-watched program on American television by 2002, with 30 to 40 million viewers a week. The success of the show encouraged CBS into producing a franchise, starting in May 2002 with the spin-off CSI: Miami and then again in 2004 with CSI: NY.

The show is now in syndication and reruns are currently broadcast on Spike. The ninth season featured highlights such as the arrival of new stars Lauren Lee Smith and Laurence Fishburne, the departure of William Petersen, the return of Lady Heather in episode 905, the return of The Miniature Killer in episode 907, and of course, the premiere where Warrick Brown lost his life after being shot by the Undersheriff.

CSI’s tenth season gave viewers the return of Sara Sidle, the promotion of Nick Stokes to Assistant Supervisor and Ray Langston to CSI Level 2, the departure of Riley Adams, a three-way crossover episode between the flagship CSI show and its two spinoffs, CSI:Miami and CSI:New York, as well as a boyfriend for Catherine (Detective Lou Vartann, played by Alex Carter).

The 12th season of CSI began in the fall of 2011 and was marked by veteran actor Ted Danson joining the cast as well as the departure of Catherine Willows as Marg prepared to exit the series in January 2012.

Marg also returned for one episode of CSI’s 14th season to celebrate the show’s landmark 300th episode and then again for the CSI series finale “Immortality”, which aired in September 2015.