Star Investigator Marg Helgenberger from the hit series CSI invites us to take a tour of her newly renovated Spanish style home in Santa Monica, California.

Welcome to CSI star Marg Helgenberger’s slice of California living! We start our tour of her newly renovated home in her living room. 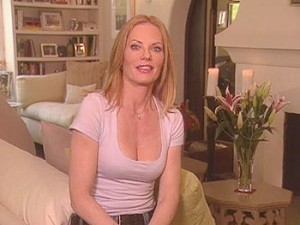 “I really like the colors in this room. Green is my favorite color; I also like lavender. They look really good on redheads,” says Marg. 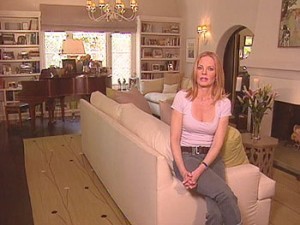 Marg’s living room has not structurally changed since 1928 when the house was built. “The things I love about this room are all of the architectural features, the curves, arches, and coves,” Marg says. “Even the floors are the original floors. I’ve darkened them because I thought it would make it more chic. The rug was the first thing we chose for the living room. It’s designed by Allegra Hicks and has this weeping willow effect.” 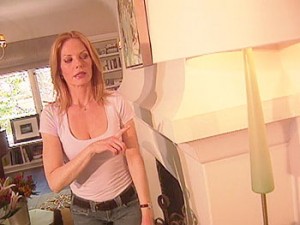 Marg’s decorate suggested that they paint all of the sconces the same color as the walls – which Marg thinks was a bright idea! And Marg also says she is a fiend for lamps – but she’s not telling where she got her favorite one from! 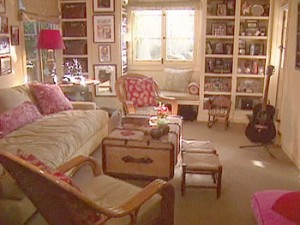 From subtle colors in the living room to bright red pillows next door in the family room, Marg’s favorite thing about this room is the photo wall, lined with family memories. 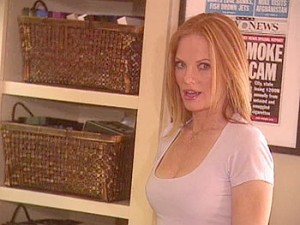 Another great idea Marg’s decorator had was to hide DVDs and CDs in baskets on shelves. Nice and tidy!

Now we’re in Marg Helgenberger’s dining room. Check out the color on the walls – It’s pumpkin! 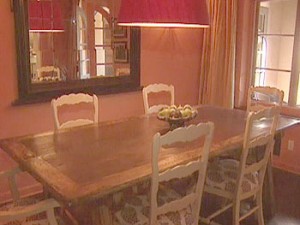 Marg says, “This used to be part of the family room/kitchen/quasi great room, and we actually made the room smaller and added a patio. We made smaller rooms, and by doing that, it actually makes the house seem bigger because now there are more rooms to visit.” 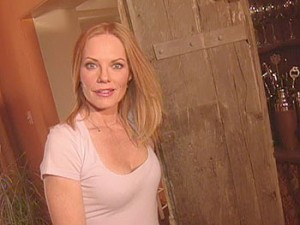 Marg’s architect came up with this next idea: turn the shelving from an old entertainment center into a bar and use shutters from an old Indian home as rustic doors. Marg says, “I think it’s smashing.” 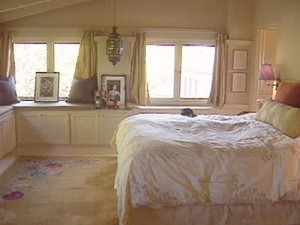 Time to go upstairs for a peek at the master bedroom! “The thing I like most about this bedroom is all you see is trees, so it makes me feel like I’m in a tree house,” says Marg. “We added the window seat area and the cabinetry for the television. Oprah, I know you don’t believe in televisions in bedrooms, but you aren’t married to Alan Rosenberg. My husband is a sports fiend!”

The best part of the suite according to Marg is the His and Hers bathroom sinks in the master bath! 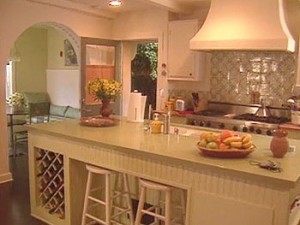 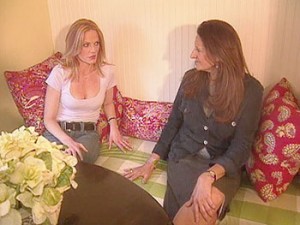 In her breakfast nook, Marg used more bright green and red hot fabrics from hot Los Angeles designer Kathryn Ireland (www.kathyrnireland.com). “The think I like about her fabrics are that they’re very traditional, yet they’re very modern,” says Marg.

Kathryn thinks Marg had a brilliant idea of her own – she laminated the green plaid bench seat to protect the fabric from the kids and the dogs!” 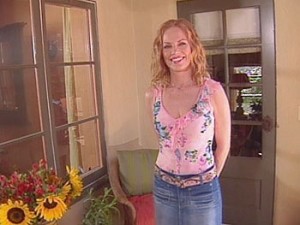 Marg tends to do a lot of entertaining and have a lot of barbecues so her old deck had to go! Marg replaced the old redwood and asphalt deck with terra cota tile from Mexico.

She actually took off eight feet from the house and cut into the family room to create a cool nook on the patio to protect her fair skin. And Marg added a personal touch, decorating the walls of the house with brightly colored Mexican tiles that she bought at antique fairs. 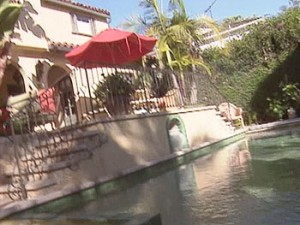 No California home would be complete without a pool! Marg added this pond inspired pool to her backyard. Thanks for the tour, Marg!