" /> ALL ABOUT MARG, a fansite devoted to CSI and China Beach actress Marg Helgenberger

“ALL RISE,” A NEW COURTHOUSE DRAMA THAT FOLLOWS THE CHAOTIC, HOPEFUL AND SOMETIMES ABSURD LIVES OF THOSE WORKING TO GET JUSTICE FOR THE PEOPLE OF LOS ANGELES AMIDST A FLAWED LEGAL PROCESS, PREMIERES MONDAY SEPT. 23. 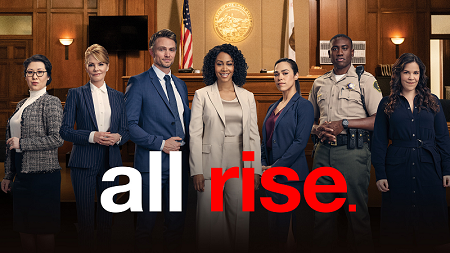 “Pilot” – ALL RISE, a new courthouse drama that follows the chaotic, hopeful and sometimes absurd lives of its judges, prosecutors and public defenders, as they work with bailiffs, clerks and cops to get justice for the people of Los Angeles amidst a flawed legal process, premieres Monday, Sept. 23 (9:00-10:00 PM, ET/PT) on the CBS Television Network. Simone Missick, Wilson Bethel, Marg Helgenberger, Jessica Camacho, J. Alex Brinson, Lindsay Mendez and Ruthie Ann Miles star.

Among those working within the court system is newly appointed Judge Lola Carmichael, a highly regarded and impressive deputy district attorney who doesn’t intend to sit back on the bench in her new role, but instead leans in, immediately pushing the boundaries and challenging the expectations of what a judge can be. Those offering Lola counsel are her roguish best friend and colleague, Mark Callan, a successful deputy district attorney who now must adjust to the shifting boundaries in their personal and professional relationship; Supervisory Judge Lisa Benner, an influential, powerful figure tasked with overseeing Lola’s transition into her new job; and Lola’s efficient, pragmatic judicial assistant, Sherri Kansky, who isn’t thrilled at the prospect of “training” a rookie judge. Also working in the courthouse are Emily Lopez, an empathetic and blunt public defender filled with fire and conviction; Luke Watkins, a court bailiff by day, law student by night; and Sara Castillo, a court reporter and reliable source of intel and advice.

This was a big news week for Marg so I wanted share a quick run down of the highlights for everyone.  Looks like we’ll be seeing Marg on both the big and small screen soon. 🙂 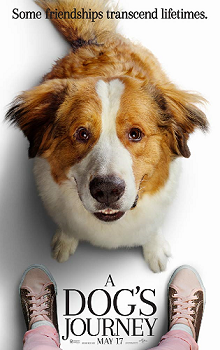 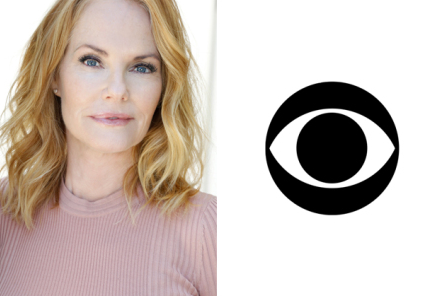 A Deadline Exclusive: Former CSI, Intelligence and Under the Dome star Marg Helgenberger is returning to CBS with a co-starring role in the network’s legal drama pilot Courthouse, from Warner Bros. TV.

Written by Greg Spottiswood and directed by Mike Robin, Courthouse is a show that pulls back the curtain on the court system. It follows the dedicated, chaotic, hopeful and sometimes absurd lives of the judges, assistant district attorneys and public defenders as they work with bailiffs, clerks, cops and jurors to bring justice to the people of Los Angeles.

Helgenberger will play Judge Judith who broke the glass ceiling by becoming one of the rare female judges in California. Originally a progressive voice from the bench, over time she has become an entrenched member of the judicial establishment. As Supervising Judge, Judith is a powerful and influential figure who oversees Lola’s transition to judge — and through that relationship, she will rediscover her passion for justice.

For the full scoop, visit Deadline.com. 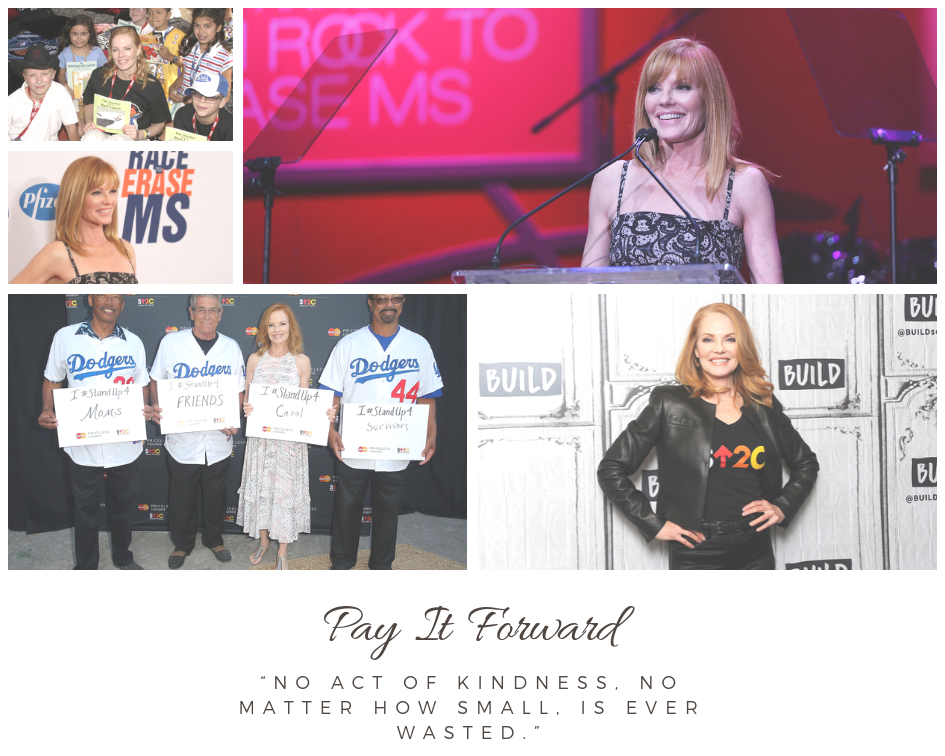 Every year we like to team up with our fellow fans to do something special in honor of Marg’s birthday. In the past we have created videos, designed books filled with fan letters, created musical playlists inspired by her, and for the past couple of years, we have done a fundraiser for Stand Up To Cancer, a charity that Marg actively supports. The idea behind each of our activities has been to come together, share our love for Marg, and, most importantly, to thank her for being such an inspiration to us all.

While keeping with the same basic theme of showing Marg how much she inspires us, this year I decided to let those who wanted to participate choose their own way of showing how Marg inspires them. My only criteria was that they take that inspiration that they get from Marg and pay it forward — channel it into doing at least one deed or act of kindness, no matter how big or how small, that sends some good vibes out into the world to offset some of the negativity that seems to constantly surround us these days. I also wanted fans to choose something that was important to them and encouraged them to look around their own communities for ways they could help.

I got a late start on planning this year’s activity because of some family issues I was dealing with and was a little worried that no one would participate, but as always, Marg’s fans came through like the rock stars they all are. (You guys are the best!)

So, without further ado, I’d love to share the good deeds that Marg has inspired her fans to go out and do in honor of her birthday.

The Pay It Forward Project: “No Act of Kindness, No Matter How Small, is Ever Wasted.”

Jeyce P. from Brasil decided that she wanted to focus on doing what she could to support children who are fighting cancer in her country so she chose to make a donation to NACC (nucleo de apoio a criança com cancer). NACC offers support to needy children who are being treated for cancer and their families. Some of the services they offer include the following: transportation assistance, food support programs, dental care, physical therapy, psychosocial support, and more.

Kris S. from North Carolina chose to participate in the ADOPT-A-NATIVE ELDER program. This non-profit program provides food, simple medicines, clothing, fabric, yarns, and more to help traditional Elders who desire to remain on their Lands and in their traditional lifestyle. Most of these Elders, who range in age from 75-100, live in remote portions of the Navajo reservation, with many living in traditional Navajo housing with no running water and some have no electricity. As they get older, it becomes more difficult for the Elders to support themselves in the traditional way of life and this is where Adopt-A-Native tries to help. 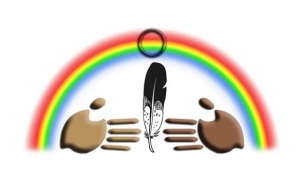 END_OF_DOCUMENT_TOKEN_TO_BE_REPLACED

We finally have some news on Marg’s latest film project ‘Almost Friends’ (formerly known as ‘Holding Patterns’).  It is scheduled to be released on November 17, 2017, both theatrically and on VOD.

You can also watch a trailer for Almost Friends on Entertainment Tonight.

Also, here’s a brief synopsis of the film from Deadline:

Freddie Highmore (The Good Doctor) leads the cast of Almost Friends, which will have a day-and-date release of Nov. 17 theatrically and on VOD. The other stars include Marg Helgenberger (CSI), Haley Joel Osment (Silicon Valley), Odeya Rush (Goosebumps), Jake Abel (Love & Mercy), Taylor John Smith (Wolves) and Christopher Meloni (Law and Order: SVU). The film follows a once promising young chef, Charlie who is now an unmotivated twenty-something living at home with his mom and stepfather while working at a small movie theatre and living vicariously through his best friend, Ben. His life takes an unpredictable turn however, when he finds himself falling for local barista Amber.