Marg on the characters she has played…

MARG ON CHARACTERS SHE HAS PLAYED

“I’m more shy and retreating – and probably nicer than a lot of the characters I play. That’s sort of boring. But the whole red-carpet thing and vying for a picture in a fashion magazine makes me nervous and uncomfortable. That’s why I’d rather sneak in and sneak out. That’s what I tend to do, if I can.” 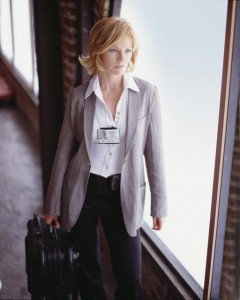 On playing Catherine Willows in ‘CSI’:

“The most touching responses I get come from 10 and 11-year-old girls who come up to me and say ‘I want to become a criminologist because of you.’ The character has hit a chord with them.” (when discussing the fact that many people view her character as a role model)

“I want to make sure that I do right by the character, because there are a lot of people out there that are expecting a lot more out of me. Catherine’s a single mother with a past that she’s not afraid to admit. But she’s smart, she’s a role model, she’s confident and sexy.”

On her original statement that she was going to leave the series at the end of Season 11:

“I was planning to leave CSI but was having a hard time letting go and…I was not yet done playing this character. That’s why I decided to extend (my contract) a little bit.” 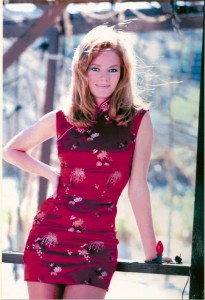 “Women loved that part ’cause K.C. was just sassy.”

“If I was working hard, she’d bleed into my personality. I became more cynical.”

“I just immersed myself in the character for the audition. I didn’t sleep for 30 hours before the screen test so I would look a bit tired and feel a bit edgy. Then, I came on to a couple of the producers. They loved it! I probably could have made a lot of extra money that day!” (Marg on how she landed the role of K.C. Koloski – Renaissance Magazine 2006) 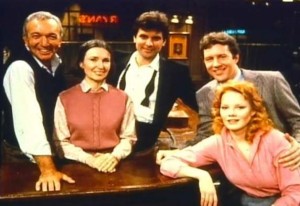 “Mostly I was afraid of the hate mail and stuff like that. The other problem was that I wasn’t given too much history about the character. I had to keep gathering more and more as I went along. Eventually, I started to slide into it. But it did take a while and I was very scared. I didn’t want to watch the old tapes because I didn’t want to take anything the other actress had, so I just pushed through.” (on taking over from Ann Gilliespie as Siobhan Ryan Novak)

“I do feel more comfortable, but there are still things which are hard for me. For example, one thing that bothers me about Siobhan is the way she flips back and forth and always has to consult her family, which is okay, but if she’s going to be this independent soul, why can’t she make decisions on her own?”

“The best thing about Siobhan is that she’s a very warm and generous person.”

“It was, I think, our first scene together since I’d come on the show and it ended up in bed…I didn’t even know him!” (on her first scene with Roscoe Born, who played Joe Novak) 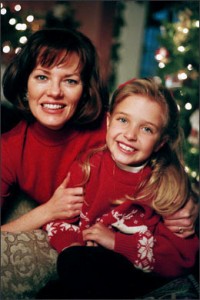 “I was thinking she was a bad mother because she put her daughter in pageants and dressed her up like a tart. I had to clean the slate and start from scratch. I’m glad I did because it made me see my own prejudices and judgements. But it was hard, very emotional.” (Biography Magazine, 2002) 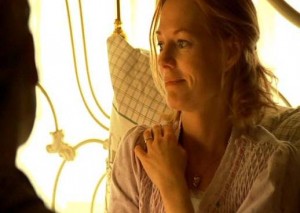 The role was fraught with emotion for Helgenberger: Her mother is a longtime breast cancer survivor. As a result, she says, “I knew I could play it.” (Biography Magazine, 2002) 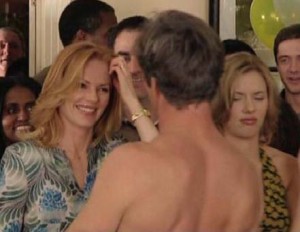 On playing Ann Foreman in ‘In Good Company’:

“That was a fun afternoon. We shot take after take of Dennis pulling down his boxers.” 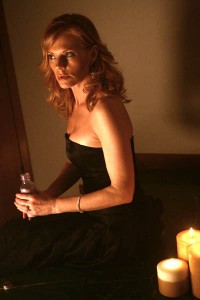 “It’s one of the only scripts I’ve read in my life that I really didn’t think I could put down. It has style, suspense, thrills and the characters really get under your skin because they are such complicated and tortured souls.”

“Emma is very strong, independent and knows who she is. She’s all about her family and she truly believes she has a very happy marriage. Sure, her husband might go off for hours at a time, but there’s a real trust there for her because she feels it’s such a healthy relationship. Yet, I think there’s something else there, whether she’s conscious of it or not, where she knows there’s something wrong, something that her husband is troubled by, but she accepts that as a part of him. He’s the kind of man where you keep peeling back layer after layer and never get to the core, and I think she finds that attractive. There might be questions she doesn’t ask, but I also think this is typical of any long-term relationship where some kind of dysfunction sets in – where you settle into a certain routine in your day-to-day relationship and don’t push the edges.” 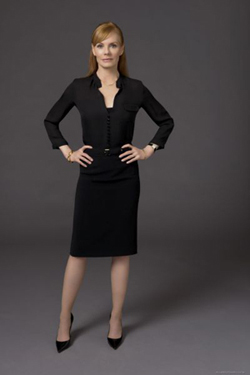 On playing Lillian Strand in ‘Intelligence’:

“She’s not a bitch; she’s just got a lot on her plate and the buck stops with her. She’s always been surrounded by men in positions of power and that’s never easy—there’s still a fair amount of sexism that exists—so she has to be tougher and stronger than the guys.” (CBS Watch Magazine, February 2014)

“He could not be cooler! Josh is also such a team player – funny, goofy and just a blast to be around.” – Marg on working with Josh Holloway (Closer Weekly Magazine, January 2014)

“I feel blessed to be working with everybody. We have so much fun and they’re all so talented. It has a lot to offer. It’s very smartly written. It has a great deal of action. It has wonderful visual effects. It’s great suspense.” (Entertainment Tonight, January 2014)

“I describe it as more of an action adventure. James Bond meets Mission Impossible.” (OMG! Insider July 2013)
“Well, ultimately the script. It was just very smart and inventive and had incredible potential.” – Marg on why she decided to return to TV. (OMG! Insider, July 2013)

“I love playing a woman in power. There are certain women that I kept in mind while playing this role. Hillary Clinton being the #1 person I was thinking of.” – Marg on what it was about the role of Lillian Strand that stuck ut and made her want to do this project? (TVaddict, July 2013) 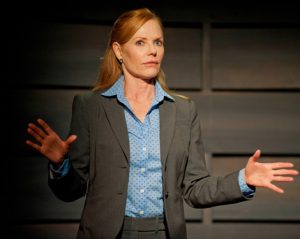 On playing Julia Smithton in ‘The Other Place’:

“She’s such a highly, highly intelligent woman. To a fault. She’s smarter than most. She’s a woman in a man’s profession dominated by men. She has to be stronger and tougher to assert herself. Because of her intelligence she has an impatience with everyone. She has cut herself off a little bit from her emotional side. And because of something that happens but I’m not going to give it away. A family situation that was quite devastating and dramatic to her...In order to continue with her life she has to bury those feelings very, very deep. That allows for all these different sides of her to come out in odd ways. Unpredictable ways. It’s probably the most challenging role I’ve played.” (Berkshire Fine Arts, May 2014) 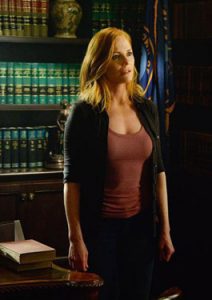 On playing Christine Price in ‘Under the Dome’:

“I guess most people would consider her a villain, yes. But to play her, I can’t think of her as one. She believes wholeheartedly that she is doing the right thing for this community. I won’t be twirling my mustache.” (TV Guide, June 2015) 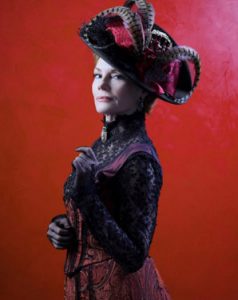 On playing Regina Giddens in ‘The Little Foxes’:

“It is such a great part. She’s so dynamic, so compelling, so bright, so witty, and living in a time when a woman who had all these extraordinary qualities—her hands were tied. In this day and age this woman would be a CEO of some major company.” (American Theatre, October 2016)

“The role is sort of iconic. A lot of legendary actors played her in the past, like Elizabeth Taylor in the 70s. It clearly attracts strong women because the character is very complex. She’s been described as a monstrous bitch. When you’re playing a role like this, you can’t really judge the character. I think a woman in that era — especially a strong, bright, witty woman — has her hands tied and is always under the thumb of men. All of the sexism she sees, she’s aware of that. She wants her daughter to have all the things she didn’t have. And the sexism still exists. One sexist annoying thing I hear men say is, “Just smile, You’ll get more if you smile.” Sometimes people question the value of putting up the show now, but a lot of stuff doesn’t change. Things have changed in the women’s movement but, given this moment in history — with the first female candidate — there’s still so much [that hasn’t changed].” (Washington Life Magazine, September 2016).

“It’s a tricky part because Regina can seem too cool and unlikeable at times,” she says. “But I’m trying to look at her as a woman living in a society where she has no rights. She’s just trying to get what she wants.”” (Modern Luxury, September 2016)